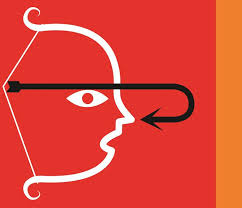 Both what we popularly know as “liberalism” and “conservativism” are positions within a broader tradition of liberal political thought. We can understand a political philosophy as laying within that broader liberal tradition when it gives priority to the liberty of individuals as a political value. Illiberal political philosophies will just be those that reject the rights and liberties of individuals as being of paramount importance. I originally prefaced this chapter with a discussion of Plato to provide some historical perspective, some appreciation for how recent an ethical innovation it is to treat individual rights and liberties as important in political thought. Over the past few years, though, the broad tradition of liberal political thought that has guided this country since its inception, in both its “liberal” and “conservative” variants, has come under threat. So, a few cautionary words about illiberal ways of thought are in order.

Political observers have recently heard lots of talk about authoritarianism, populism, nationalism and other assorted “isms.” I’m not going to take up a detailed analysis of these here, but I do want to address an underlying current common among them. Authoritarianism, as the term suggests, prioritizes the will of an authority figure. But for an authority figure to gain and sustain power, he must have the support of a sizable chunk of the population. So, would-be authoritarians will need to appeal to the concerns of ordinary people and make themselves popular (and this is what populism is). So, populism can lead to authoritarianism, though that depends on the concerns of the people appealed to. If ordinary people to care most about individual rights and liberties and have some ability to defend themselves against the rhetorical trickery of a demagogue (a leader who appeals to people through emotion and prejudice rather than rational argument), then populism won’t provoke a turn away from individual rights and liberties. But people have concerns beyond individual rights and liberties and these can eclipse the tenets of liberalism.

We’d be hard pressed to explain how popular opinion could turn against the broad tradition of liberalism if varieties of illiberalism had nothing to offer people. Mass movements in support of nationalism (which prioritizes national interest over individual rights and liberties), offer the powerful appeal of a shared identity and the social cohesion of a common cause. Indeed, one of the classic criticisms of liberal political thought is that it fails to provide shared ideals that can be the basis of a sense of shared identity, purpose and community. Liberty alone is thin gruel for those seeking a sense of meaning and purpose in life. And prioritizing liberty as a political value requires taking a fairly neutral political stand on a broad range of other values and conceptions of the good life. Pushing a specific further set of values in the realm of politics as the basis of community and shared identity is bound to marginalize and threaten adherents of other value systems, But the whole point of liberal values like freedom of conscience is to avoid this.

Conservative political thinkers like Edmund Burke and the contemporary writer David Brooks have sought some middle ground, like upholding liberty as a primary political value while supporting the development of community built around shared values beyond the realm of politics.

Communism also held the appeal of a shared identity based on commonly held values to its adherents in its heyday. In direct opposition to liberal traditions, both communism and nationalism prioritize the good of a collective over concern for citizens as individuals. Fairly recent history is rife with examples of how collectivist thinking, both on the left in the form of communism and on the right in the form of nationalism, have licensed extreme brutality. I won’t pursue historical examples or details here. But it should come as no surprise that prioritizing collectives over individuals is liable to be pretty hard on individuals.

What I do want to say in the way of caution concerning collectivist ideologies of all stripes is mainly that collectives don’t suffer. The very idea of a collective is an abstraction. A collective has no existence beyond the individuals that make it up. And so, it is hard to see how a collective can have any value of its own. My intuition is roughly Kantian here. People have intrinsic moral worth. Not nations. America is not a human being. But we might consider making America humane again.